Despite the road to import of 15 lakh tonnes of soyameal obtained from GM soyabean being cleared by the MFAHD on demand from the poultry industry, it seems to be running into trouble. Questions may arise at the pace at which the MoEF&CC gave its approval and said that this did not require the approval of the GEAC, because the office memorandum issued by the customs department of the Finance Ministry on August 17 clearly states that it is necessary to seek approval from the GEAC for soyameal obtained from GM soyabean and that this is part of import policy provisions. 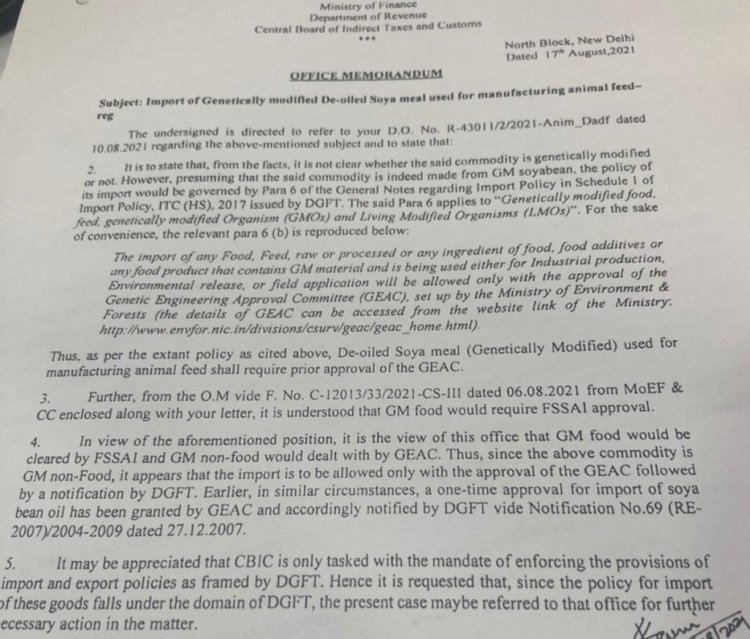 Despite the road to import of 15 lakh tonnes (lt) of soyameal obtained from genetically modified (GM) soyabean being cleared by the Ministry for Fisheries, Animal Husbandry and Dairying (MFAHD) on demand from the poultry industry, it seems to be running into trouble. Questions may arise at the pace at which the Ministry of Environment, Forest and Climate Change (MoEF&CC) gave its approval and said that this did not require the approval of the Genetic Engineering Appraisal Committee (GEAC). Besides, stressing the necessity for soyameal imports, the economic advisor to the Ministry of Consumer Affairs, Food and Public Distribution, too, wrote a letter to the departments concerned and asked them to immediately take the steps necessary for the imports. But an office memorandum from the revenue department of the Finance Ministry on August 17 has made the road to soyameal imports difficult. This memo from the customs department clearly states that it is necessary to seek approval from the GEAC for soyameal obtained from GM soyabean and that this is part of import policy provisions.

In a letter to the poultry industry, the animal husbandry ministry had given its consent to soyameal imports on August 11. The letter clearly stated that GEAC approval was not required for this. But two days later, on August 13, there was a demand from the Bharatiya Kisan Sangh (BKS), the farmer organization of the Rashtriya Swayamsevak Sangh (RSS), to cancel this permission for imports; it said the decision was anti-farmer. Again, Dr Fouziya Khan, a Rajya Sabha MP from Maharashtra, wrote a letter to Prime Minister Narendra Modi, asking him to stop the soyameal imports. Terming it as an anti-farmer decision, she said the imports would prove harmful for the farmers. Maharashtra being a major soyabean producer, the import decision should be reconsidered in view of the farmers’ interests.

Maharashtra, Madhya Pradesh and Rajasthan are major soyabean-producing states. The Kharif season crop of soyabean for this year will come into the market after about a month and a half. Given this scenario, any sort of import will have an adverse effect on the soyabean prices that the farmers will get. However, at present, soyabean prices have witnessed a steep hike across the world and there is little availability of soyabean within the country. Companies that manufacture animal feed, especially poultry feed, have run into deep trouble because of this and the prices, too, have increased significantly. But the way protests are being raised against the imports, it is quite difficult to say if the decision will go through.

The latest stance on this issue has been taken by the customs department of the Finance Ministry. In a memo issued on August 17, 2021, it states that GEAC approval is a prerequisite for the import of soyameal obtained from GM soyabean. Only a day earlier, on August 16, the economic advisor to the Ministry of Consumer Affairs had written a letter to the departments concerned asking them to immediately take the steps necessary for the imports of 12 lt of soyameal. The letter was addressed to the secretaries of the revenue department in the finance ministry, and the agriculture, commerce and animal husbandry ministries.

In a letter written to the Chairman of the All India Poultry Breeders’ Association on August 11, 2021, the Department of Animal Husbandry and Dairying had given its consent to the demand from the industry for imports of 15 lt of soyameal. Besides, it had said that since the soyameal obtained from GM soyabean did not contain any living organism, it did not require GEAC approval. For this, the opinion given by MoEF&CC on August 6 was cited. Besides, it was also said that since soyameal was not for human consumption, it did not require approval from the Food Safety and Standards Authority of India (FSSAI) either.

The first protest on this issue was voiced by BKS, which condemned the green signal given to the imports of soyameal obtained from GM soyabean as a wrong decision. Badri Narayan Choudhary, the BKS General Secretary, protested the decision through a letter written to the Secretary of the MFAHD. He spoke of the need for an inter-ministerial group to decide on issues related to GM commodities. He said that it was irresponsible to say that the imports did not require GEAC approval. BKS appealed to the Secretary of MFAHD to revoke the decision.

The August 17 memo from the customs department of the Finance Ministry addresses the various aspects of this issue in detail. Citing the correspondence of August 10, 2021, it says that the said correspondence lacked clarity as to whether the soyameal to be imported was obtained from GM soyabean. But it appears that this soyameal would be obtained from GM soyabean. Therefore, in this respect, the approval of GEAC for GM feed is essential under the provisions related to import policy.

It appears from the correspondence between the ministries concerned that the inter-ministerial coordination on the issue of soyameal imports is not in good shape. On August 6, 2021, the MoEF&CC said that it had no objection to the imports of soyameal obtained from GM soyabean and that it did not require GEAC approval as it did not contain any living organisms. What is interesting is that the environment ministry had given its opinion very soon after the demand from the poultry industry. But the situation has now become complicated in the wake of the stance taken by the Finance Ministry.

There has been a record spike in soyabean prices this year due to a steep fall in production across the world. This has led to a near doubling of soyabean prices within just a few months. Which, in turn, has led to a steep rise in the feed prices for the poultry industry. In order to resolve this crisis, the poultry industry has constantly been pressing the government with its demand for soyameal imports. At present, the poultry feed manufacturers are working much below their potential. 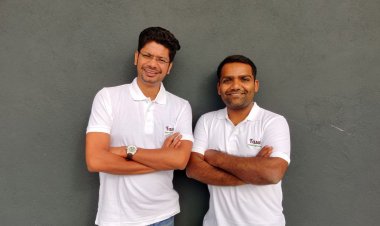 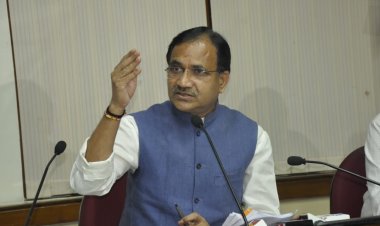 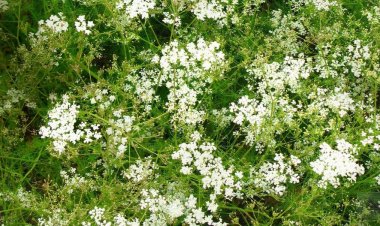 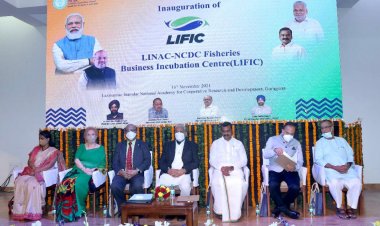 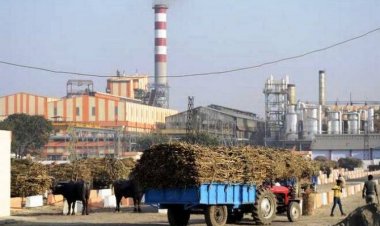 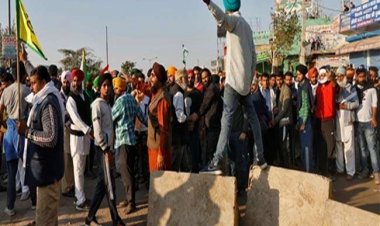