The possibilities of the 114-day long farmers’ movement, which is going on at the Delhi borders, coming to an end anytime soon appear to be bleak. Farmer organizations have prepared the schedule for the rallies and demonstrations in various states over the next one month. The government, too, is adamant about what it had proposed on January 20. All eyes are, therefore, now on the report of the committee formed by the Supreme Court to resolve the issue. The report, which is likely to come soon as the tenure of the committee is about to end, may take the middle ground offering a formula to the government and the farmers both to end the movement. 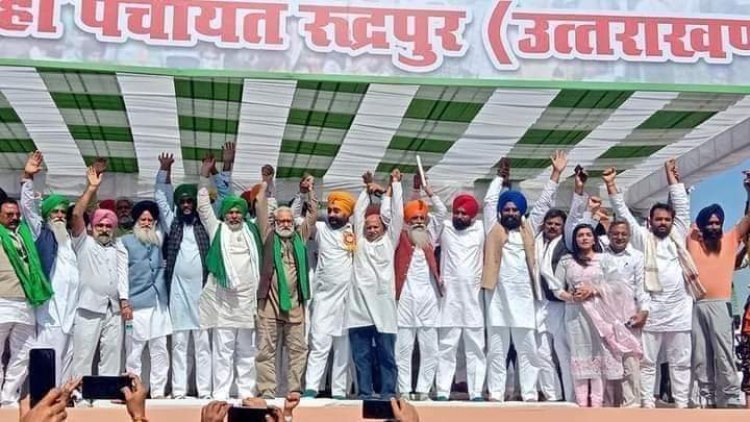 The possibilities of the 114-day long farmers’ movement, which is going on at the Delhi borders against the three Central farm laws, coming to an end anytime soon appear to be bleak. This is why the officials of the farmer organizations running the movement have prepared the schedule for the rallies and demonstrations in various states over the next one month. Besides, they have refused to have talks with the government through any back-door channel.  Even the government’s official stance, as of now, continues to be the one it had taken on January 20 — that of offering to put on hold the laws for one-and-a-half years. Also, the political parties have now overtly jumped into the fray to reap the political dividends of the farmers’ movement. On the other hand, Samyukt Kisan Morcha (SKM) has formed a nine-member committee. Its purpose is to steer the talks with the government in a decisive direction by means of a small group rather than having representatives of all the 40 organisations. However, it is a given that the farmer organisations are as yet unwilling to accept anything short of repealing the three Central laws and offering a legal guarantee for Minimum Support Price (MSP).

There are two important points in this entire course of events. One, there are chances that the report of the committee formed by the Supreme Court to resolve the issue will see the light of day soon. With one of its members having resigned, the committee is now left with three members. As the two-month tenure of the committee is coming to an end, it is likely that it will submit its report soon. The speculation is that if the committee recommends putting the laws on hold and something similar to what the farmers have been demanding on MSP, the government may find a way out of this issue.

Two, the government is under some pressure on account of apprehension of political loss as there are Assembly elections in five states. In a conversation with RuralVoice, one of the Union ministers admitted to the apprehension that the BJP might suffer political loss in Rajasthan, Punjab, Haryana and Uttar Pradesh (UP). Another senior Union minister also held a similar opinion in talks with a senior member of one of the BJP allies. Fearing loss on account of leaders of farmer organizations visiting West Bengal, a senior BJP leader said, “Farmer organizations should not enter politics in this manner.” It is amidst these circumstances that many people are viewing Meghalaya Governor Satyapal Malik’s statement with a political lens. In a programme organised at Baghpat and his subsequent interaction with the media, Malik said, “The government should accept what the farmers say and offer a legal guarantee for MSP. If the farmers leave empty-handed they will not forget this. I am ready to mediate if need be.” In their talks with RuralVoice, however, farmer organizations have categorically denied having any sort of contact with Satyapal Malik.

The nine-member committee formed by the SKM for talks includes eight leaders — Gurnam Singh Chaduni, Yudhvir Singh, Yogendra Yadav, Hannan Mollah, Shiv Kumar Kakka, Dr Darshan Pal, Balbir Singh Rajewal and Jagjit Singh Dallewal. It has Joginder Singh Ugrahan, a special invitee, as its ninth member. The SKM officials say that it is this committee that will participate in any further negotiations with the government. Besides, the committee is shouldering the responsibility of coordinating among all the organizations and preparing the outline for the future course of the movement and the strategy for talks with the government.

Of the five states that are going to Assembly polls, West Bengal and Assam are the most significant for the BJP, the party in power at the Centre. The BJP wants to retain its power in Assam for a second time while it is leaving no stones unturned in forming the government in West Bengal. The farmer organization leaders have held rallies in West Bengal once and they have appealed to the people there not to vote for the BJP, citing its anti-farmer policies and terming its three farm laws as anti-farmer. In talks with RuralVoice, several farmer leaders have said that they are once again planning to hold rallies in West Bengal.

As far as Governor Satyapal Malik’s recent statements are concerned, an official of the Bharatiya Kisan Union (BKU) clearly states, “The statement that he has made is entirely his. We cannot make any comments on that and neither does he have any contact with us. So, speaking about his mediation does not make sense at this juncture.” Regarding the claim that a phone call had been made to the apex Central leadership to prevent the arrest of BKU spokesman Rakesh Tikait on January 28, the official says, “We have no information regarding this and neither do we have any contact with him.” However, the official said that a combination of events — farmers marched in large numbers towards Ghazipur that evening; demonstrations started in Haryana; it was declared that a panchayat will be held in Muzaffarnagar the next day; and the sharp reaction to the attempts of two BJP MLAs to remove the farmers from the protest site of Ghazipur — prevented the government from removing the farmers from the protest site.

On any sort of indirect negotiations with the Government, he says, “Some of the people talked about a proposal like putting the three laws on hold for two years instead of a year and a half. Besides, there were also talks regarding making headway on MSP. But there was nothing official about it.” He says that the government’s stance on the MSP guarantee is not clear yet. He adds, “The movement had somewhat weakened for three days after January 26, but we are now gaining strength. Panchayats are continuously being held in protest against the laws in the states and through them, we are succeeding in carrying the movement to the villages. And this chain of events continues. Panchayats are scheduled in Odisha, Karnataka, Madhya Pradesh, Rajasthan, Uttarakhand and Haryana in the days to come. As for UP, the BKU panchayats will start after these.” Another BKU official says, “Assembly elections are due in UP in a year and before that we have panchayat elections. We shall further intensify the implementation of the strategy of tightening the grip on the government and the BJP through our panchayats. This is what we can do as the Union Government is not holding talks with the farmers.”

In order to cash in on the atmosphere, while the Rashtriya Lok Dal (RLD) and the Samajwadi Party (SP) are holding farmer panchayats in UP, Congress is turning the movement and the protest of the farmers against the Central laws to its political advantage in UP, Haryana and Punjab. Again, we have the Trinamool Congress (TMC) using it against the BJP in West Bengal while even the Aam Aadmi Party (AAP), which is in power in Delhi, is not missing any opportunity to gain advantage of the farmers’ movement against the Central Government in UP, Haryana and other states. The Centre and the BJP might not have initially felt that the movement will turn into a political issue and that it will be going on even after three months. Given this scenario, even the strategy of tiring out the farmers is not succeeding.

Meanwhile, all eyes are on the committee formed by the Supreme Court. Maybe it recommends something that occupies the middle ground. In which the farmers see their victory and the government, too, may not appear to backtrack. But the truth is that all three members of the committee have been opining in favour of farm reforms. On the other hand, the protesting farmer organizations had refused outright to go to this committee or offer their opinions. Therefore, the organizations and farmers who have offered their opinions to the committee have nothing to do with the movement. Given this situation, it is difficult to predict if the general recommendations of the committee will have any impact on the future of the movement. The Supreme Court had stayed the implementation of these laws till further orders when it formed the committee in January. The laws are, therefore, in abeyance at present. However, several state governments have already implemented quite a number of provisions of these laws even before these laws came into being.

MSP committee may be formed soon 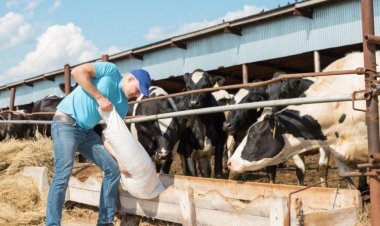 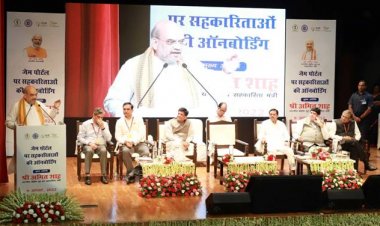 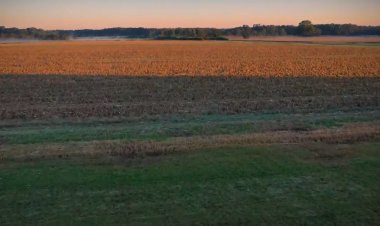 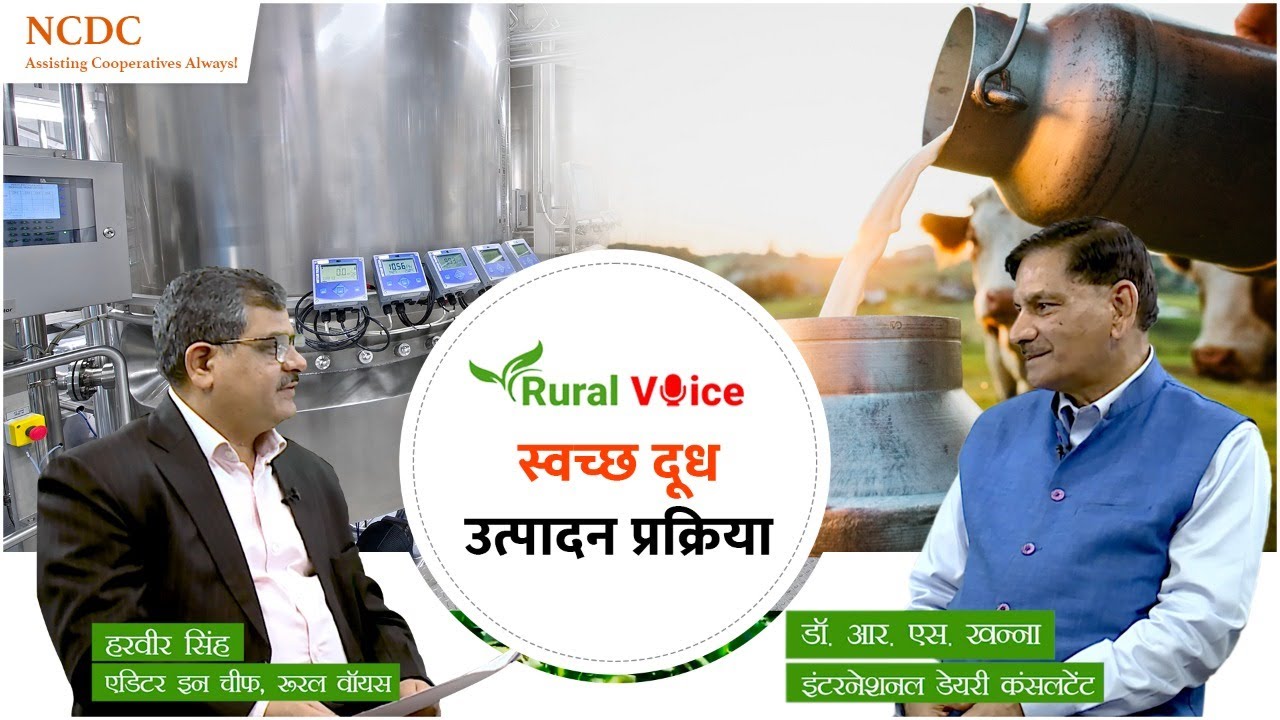 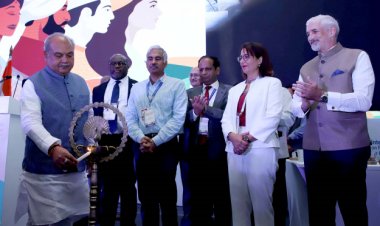 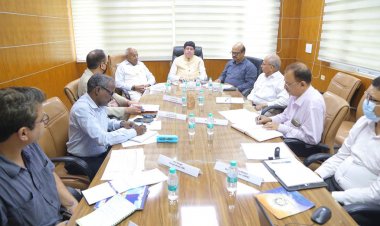